A napping cat on a laptop. That’s the very first thing I drew this year. No reason why. I saw a friend’s cat do it once years ago and somehow it popped up in my head first thing in the morning. I thought, “well, why not?” 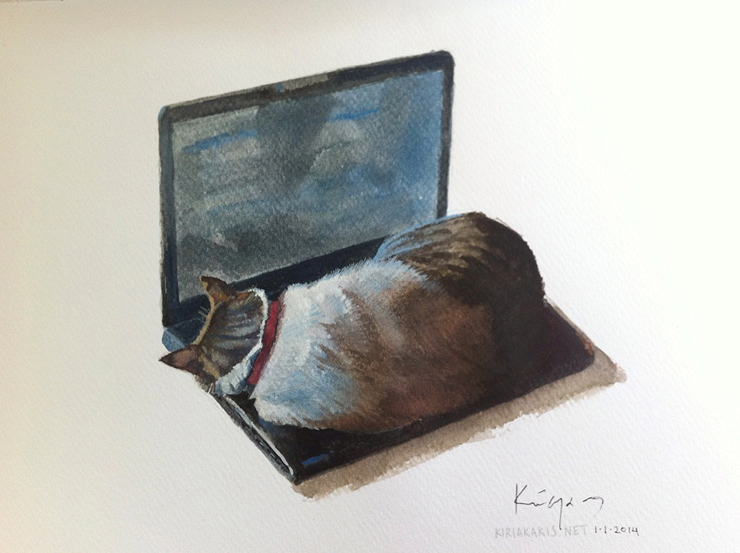 Took this photo while it was still in the making. I really like the looseness in the strokes and forms at that stage but I overworked it a bit and got a little stiff at the end. Comparing the photos makes it pretty clear. That’s why I find process snapshots really useful. They remind you that sometimes, not doing is equally important as doing. 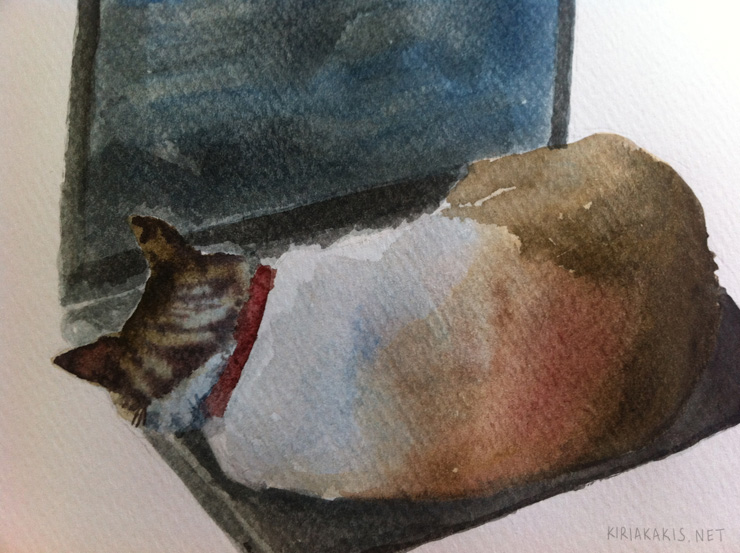 Moving on to a different kind of loss. Here are some sketches from a project that’s not going to move forward after all. Posting these here reminds me of something else I’ve been thinking about a lot lately. I’m often sharing the same content across facebook, twitter and the blog ( I shared these earlier today on facebook for example) and I’m wondering. Is it redundant? Some friends are saying that it’s ok to do that since different social media usually means different crowds and although they might have a point I still have my doubts. Actual feedback would probably be the best way to find out. Let me know what you think. 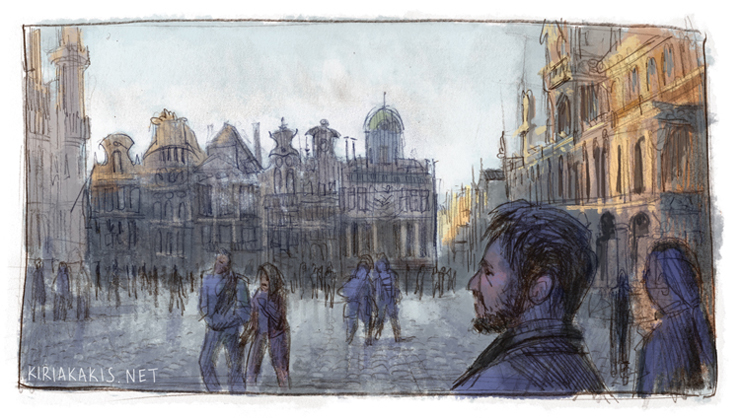 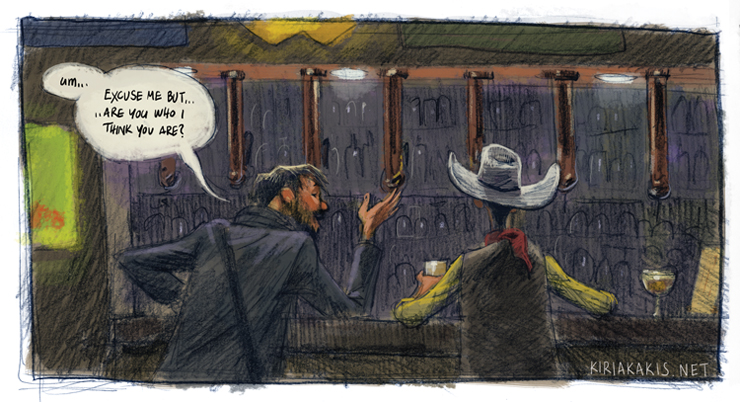 In other news, I’ve been giving a lot of love to my watercolors lately. I try to carry them around and work outdoors as much as I can. I’m doing fast and small sketches trying to capture atmosphere rather than details. I like how it loosens up my hand. It forces me to be confident. 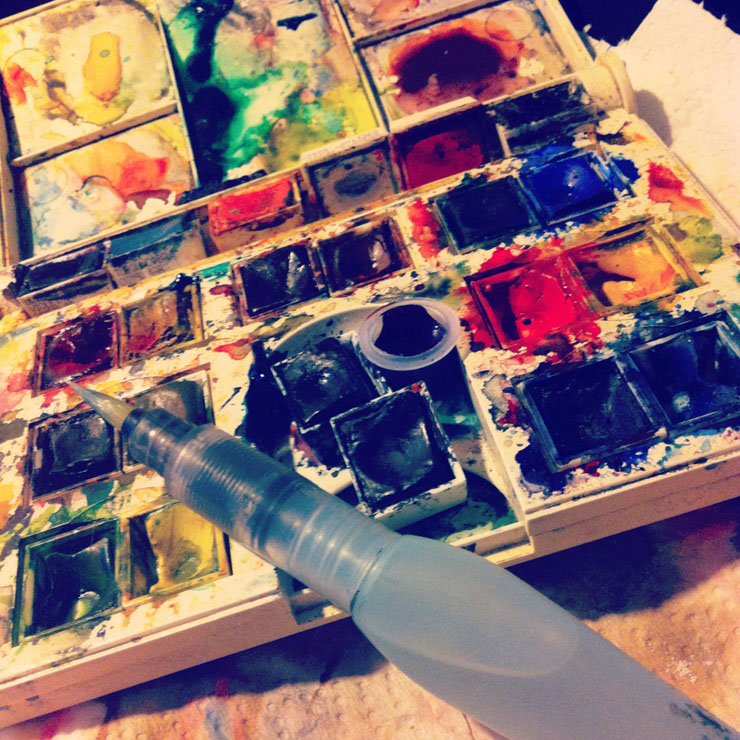 Here are some quickies. I loved how the blue light of the sky was coming through the window above, bouncing on the warm brown surface of  the desk. That’s my wacom tablet on the left. 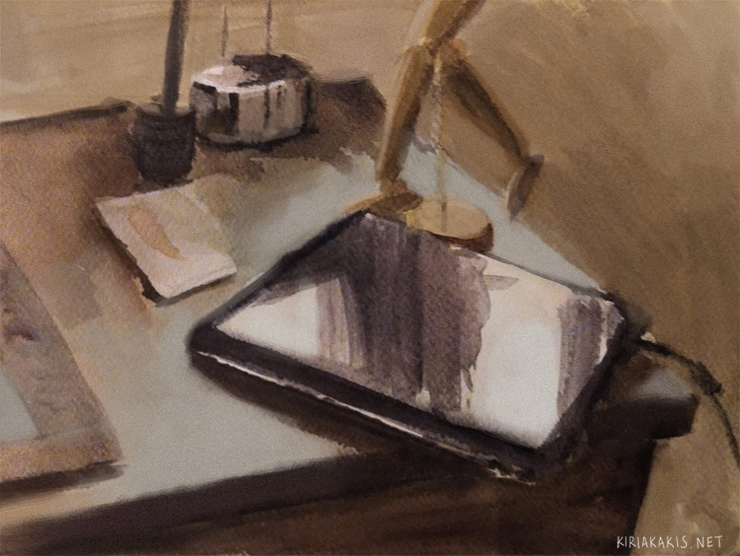 That was a tough one.  It’s the inside of a gallery. An almost empty room with white walls and very few visual ques to define space. 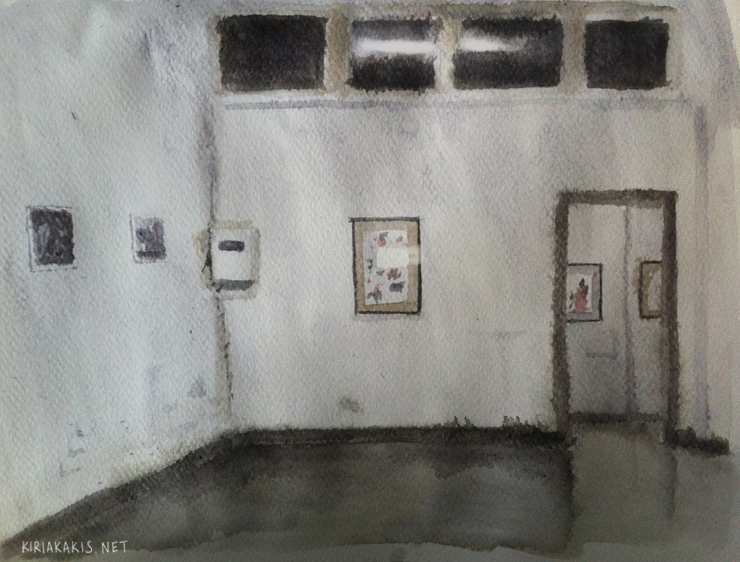 This is the view outside my brother’s house. I was there for Christmas earning back my title as the ultimate fun uncle from my niece and nephew. We were drawing stuff literally all day long. 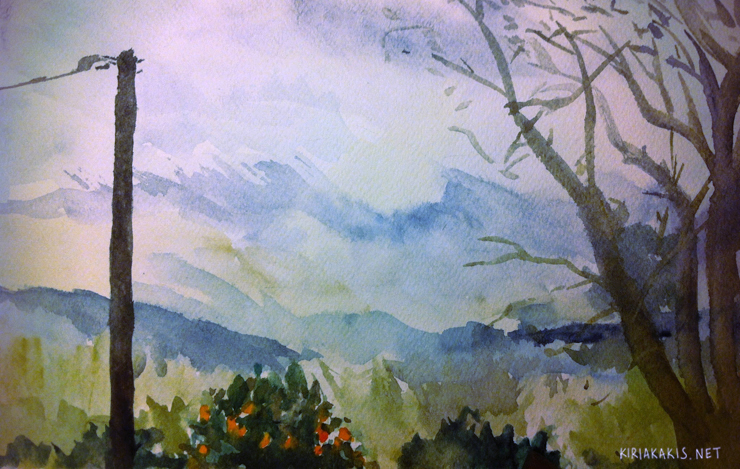 One of our favorite games is coming up with strange characters and make up stories about them.  I listen to what they say and then we draw everything together. This big friendly female dragon for example is called Solie -as my niece informed me- and her best friend is a  really small girl. No name there yet I’m afraid. 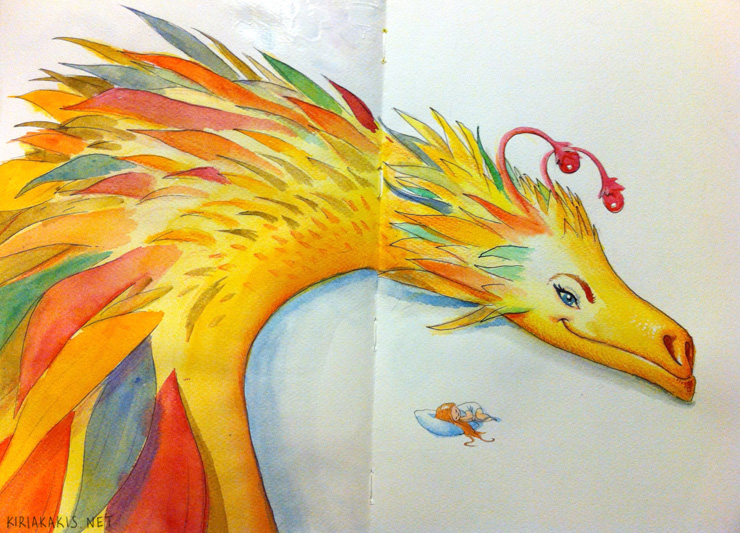 This one was amazing. My 10-year niece asks me what is a hacker. After talking about it for a while I drew this for her. She names him after a keyboard key and then writes underneath “The drawing contains product placement” 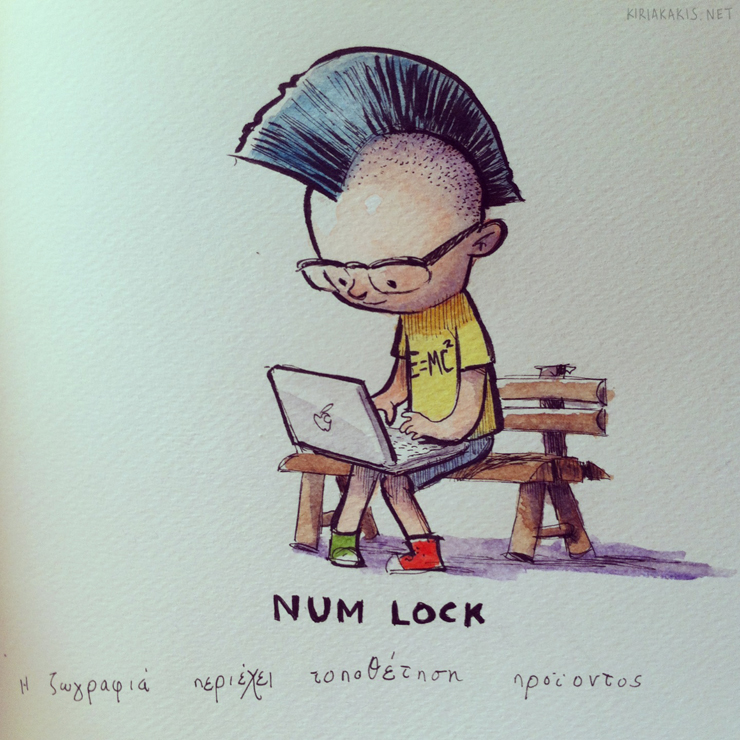 I leave you with the magnificent exotic bird she drew for me.